MobiFone may be separated from VNPT

The restructure plan of the Vietnam Posts and Telecommunications Group (VNPT) is expected to launch in September, in which MobiFone will likely be separated from the group.

The restructure plan of the Vietnam Posts and Telecommunications Group (VNPT) is expected to launch in September, in which MobiFone will likely be separated from the group. 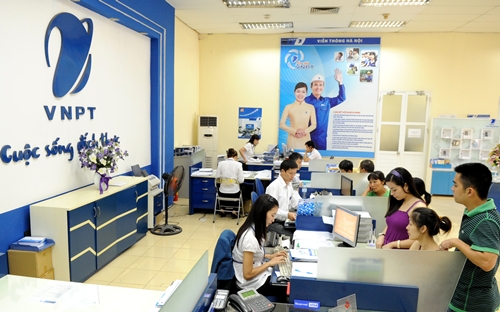 According to Minister of Information and Communications Nguyen Bac Son, it is expected that the VNPT wil be formally restructured in September.

Under the plan submitted by the Ministry to the Government, the restructuring is to ensure that the separated telecom network will form a strong national business and the remaining part will be also a powerful group.

"This will ensure the formation and maintenance of the telecommunication market with 3-4 national networks and healthy development," the Minister said.

Currently, Vietnam has three national telecom brands - Vinaphone, MobiFone and Viettel. Besides, Minister Son said the restructuring of VNPT will contribute to maintaining the brand and the role of Vietnam's telecommunication businesses.

According to Son, there is no country in the world that does the same thing as Vietnam, when the state owns the telecom network and the state-owned telecom companies can win at home.

The government will issue a decree on the organizational apparatus of VNPT. Many experts predict that the part that will be separated from the group is likely MobiFone because this is one of the biggest brands in Vietnam.

In a long time, MobiFone often reported big revenues and profits, achieving good growth rates. On the other hand, this unit has maintained a better independent business model than other businesses in the VNPT group.

The financial statements of VNPT in 2012 showed that of VND8.5 trillion total profits of the group, MobiFone contributed about 77.6 percent (equivalent to VND6.60 trillion and its revenue made up 31.2 percent of the total VND130.5 trillion.

VNPT's change of leadership in early August is considered the necessary step for corporate restructuring. Mr. Tran Manh Hung replacing Mr. Vu Tuan Hung as CEO has received many positive reviews from experts and insiders, who believe to have major changes in the group.

Copyright - Department of Information and Communications of Danang City.